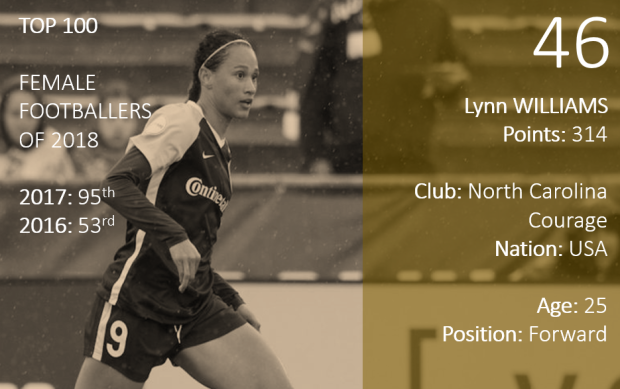 Williams played a big role in North Carolina Courage’s NWSL title win this year, only trailing Sam Kerr in the scoring charts. She found the net 14 times, four of those strikes coming against the Courage’s main rivals, Portland Thorns. Five assists showed off another side to her game. Although Williams only appeared in four matches for USA and none since the SheBelieves Cup back in March, she will be hard to ignore if this form continues into 2019.

“Lynn is explosive, dynamic and electric to watch. Has improved her finishing and has become one of the most consistent double figure goal scorers in the NWSL. Tremendous future whose overall game continues to evolve. Future World Cup Golden Ball winner.”