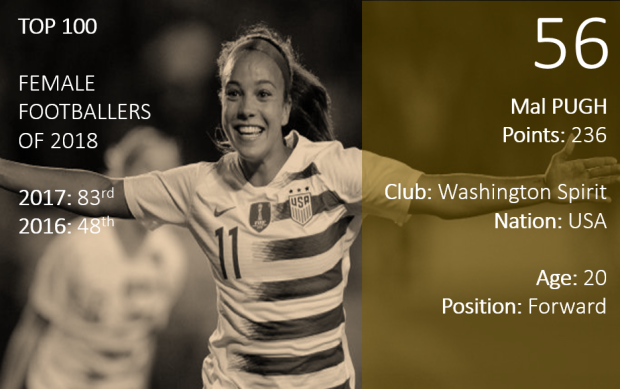 Pugh’s form early in 2018 could have merited an even higher position. Two goals and an assist in USA’s first match of the year against Denmark were followed by four more strikes for the national team but she has been held back slightly by her club form. She found the net twice for Washington Spirit at the start of the NWSL season but no goals came after that; regardless, the 20-year-old has shown a level of promise that bodes well for the future.