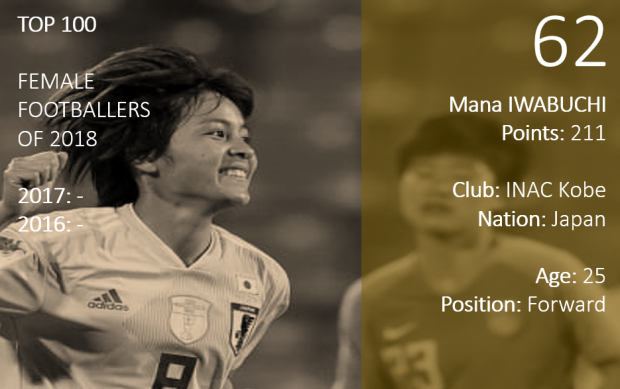 Playing her domestic football back in Japan after leaving Europe behind, Iwabuchi’s main accomplishments this year have been with the national team. She found the net nine times for her country, scoring twice in the Algarve Cup before helping them win the Asian Cup with a goal in the semi-final against China. Iwabuchi was voted MVP for that tournament; two goals at the Asia Games followed and she ended her year with two more as Japan pulled apart a good Norway side 4-1. There is no doubt she is a player to watch in France next summer.