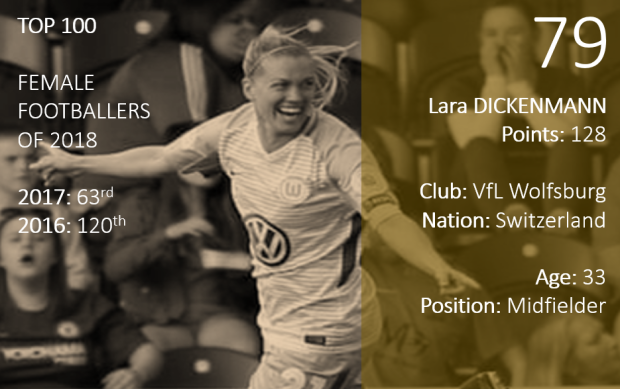 A solid year for Dickenmann was cruelly ended by injury but she demonstrated her enduring quality at all levels. Surprisingly she only found the net once in the league in 2018 but her all-round role was pivotal and she scored in the Champions League semi-final against Chelsea, also setting up two. Four goals in four games for Switzerland saw her play a more prominent role for her country and she deserved more than a play-off final defeat to the Netherlands.

“Lara is two-footed and is a strong dribbler of the ball. Her dribbling strength is really good but she also has a very good tactical understanding which makes her very important.”