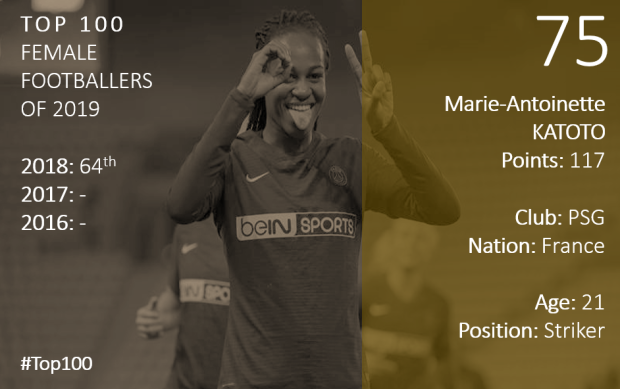 One of the most promising strikers anywhere in the world, Katoto is destined for big things and couldn’t have impressed much more if she tried for PSG in 2019. Her year got off to a flying start with three goals in two games and she found the net for France against the USA in a big win at SheBelieves. Her international year took a severe dip after that after she was surprisingly left out of the World Cup squad but Katoto didn’t let that affect her club form. She ended the season with four goals in one game against Bordeaux and is already on fire this season, finding the net 12 times since August and returning to the national team where she’s scored against Kazakhstan and Serbia.