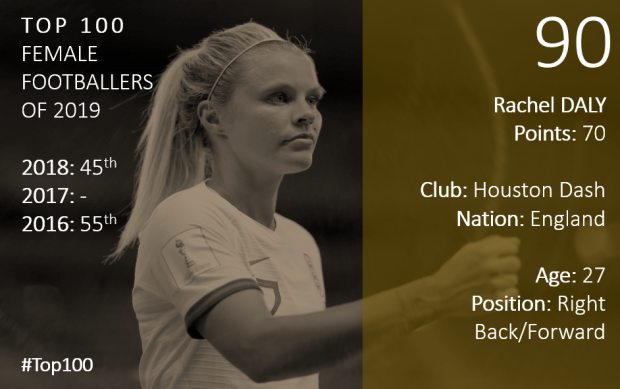 Daly makes the list for a third year out of four but a restricted NWSL programme due to her international commitments sees a steep drop this year. Daly still managed five goals for Houston Dash in 2019 in seven less games than 2018. She became even more of a regular for her country, starting against the USA in the World Cup semi-final and generally involved at some stage in most games throughout the year. Phil Neville’s admiration for her versatility often saw her used at full-back as an alternative to Lucy Bronze while for the Dash she was more at home in her more natural forward position.