Following Belgium’s 3-0 win over Panama in their opening World Cup group game, Maryam Naz looks at why Eden Hazard could be key for his country, if they are to prove their critics wrong. 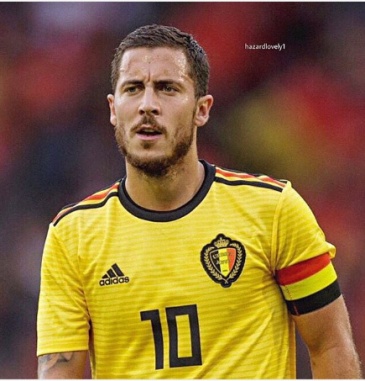 King of the counter-attacks:

Hazard has dazzled in spells for Chelsea this season, proving to be at his best on the counter. His ability to dribble through the opposition’s midfield has seen him score 12 goals in 34 games, with four assists to his name. His favoured left foot has been a feature of these goals, allowing him to cut in and curl a shot away from the ‘keeper’s reach.

Mission Impossible for the opposition?

Hazard was at his most prolific in Chelsea’s Boxing Day win against Brighton. Despite not getting a goal or an assist, the Brighton defence found it impossible to contain Hazard, who was simply unplayable. His skill on the ball and low centre of gravity made him a slippery customer to mark, and the Seagulls found out first hand just how difficult it is to stop the Belgian at his best.

Belgium’s Player of the Year:

His performance for his national team has been just as entertaining to watch. He was voted the Belgium’s Player of the Year, in front of Romelu Lukaku and Kevin De Bruyne, after a series of scintillating performances against Japan and the Czech Republic. He showcased his ability to drive through the opposition’s defence, with his skill and strength on the ball.

Hazard fits well into Belgium’s tried and tested 4-2-3-1 formation. It allows attacking playmakers, like himself, to pull the strings in the centre of the pitch and create chances for others. However, on the counter, Hazard comes alive. The midfield players sit back with the two centre-backs to ensure defensive stability, whilst he targets the heart of the opposition’s defence.

Who will assist him by rising up to the challenge?

However, crucial to Hazard playing at peak efficiency, are the inclusion of two other players: De Bruyne and Vincent Kompany.

While De Bruyne guaranteed his involvement in the side, Kompany’s is not so certain after the Manchester City captain limped off in a recent friendly against Portugal.

His involvement in the starting line-up is crucial because it allows Hazard to operate without any defensive shackles. His footballing know-how in Belgium’s back four includes an understanding of spatial awareness, allowing him to maintain concentration throughout games.

Kompany’s City teammate Kevin De Bruyne will be just as vital for Belgium’s hopes. You can find out more about Belgium’s chances by looking at their tracked World Cup odds here. Having been crowned last season’s assist king, De Bruyne’s role in the centre of the pitch will be to pick out players further up the pitch, such as Hazard, with inch-perfect through balls. In addition to this, his ability to be a dominant figure in midfield will balance out the attacking prowess on show.

More of the same…

He did not disappoint in Belgium’s 3-0 World Cup opener win against Panama, and he was once again a pivotal figure on the counter-attack. Hazard’s driving runs through the centre of the pitch caused Panama problems with his flair and creativity. He also played his part in the build-up to their second goal, when his attacking dribbling ensured that the ball found its way to Kevin De Bruyne who set up Lukaku with a wonderful cross.

Will they silence their critics?

Having been known to consistently underperform at international tournaments despite an all-star line-up, this year Belgium will be itching to finally make a name for themselves on the big stage.

Hazard, De Bruyne and Lukaku will need to be clinical, prolific and on the same wavelength as they were in Monday’s victory, if they are to progress to the latter stages of the tournament. Yet, if they bring their A-game, there is no reason why they cannot reach the semi-finals.

READ: Why Liverpool’s Mohamed Salah is key for Egypt at the World Cup