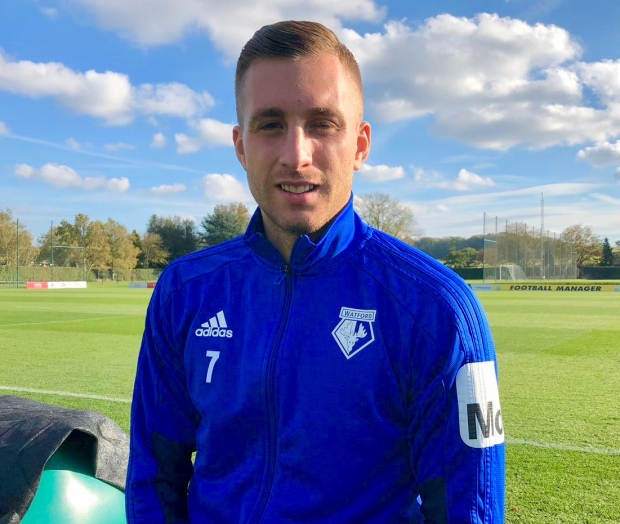 Watford winger Gerard Deulofeu is a bit of a journeyman, having played for five different clubs in three different countries, and now the 24-year-old has a point to prove in the Premier League, writes Charlotte Duncker.

Gerard Deulofeu has ruled out ever making a return to boyhood club Barcelona after three separate stints in Catalonia.

The Watford winger joined the famous La Masia academy of the La Liga giants when he was just nine years old, following in the footsteps of many legends of the game such as Lionel Messi.

After impressing for Barcelona B and earning a call up to the senior Spain squad he was quickly dubbed the new Cristiano Ronaldo.

But, despite the high expectation, things didn’t work out as planned for the 24-year-old. Having returned to the club twice –  after impressing on loan with Everton in 2013 and again in 2017 when Barcelona activated his buy back clause – the father of one has ruled out any chance of a third time lucky comeback.

“I said I will not go back to Barcelona again, no. It’s too hard,” Deulofeu told Offside Rule Exclusives.

“Now I’m thinking I can play my best football in Premier League and Watford put a lot of confidence in me.”

The winger admitted he found it hard having so much placed on his shoulders at such a young age.

“It was difficult,” he said. “Because when I was young it was terrible; every day in the media you are the ‘new Messi’ and that’s not good for a young player.

“Yes, I didn’t take the chance of Barcelona because playing there is so difficult and sometimes I didn’t have the confidence. But I’m at Watford now and I’m young and I want to show my best football.”

Having recovered from an injury that kept him sidelined for the start of the season  Deulofeu is relishing being back on the pitch and has struck up quite a partnership with Robert Pereyra.

“On the pitch we know each other, we can play together and we have a good connection which can help the team,” he explained. “I’m so happy to play with that type of player who wants to help the team. There are no individuals and we are all together training hard and keeping this level for Watford.”

Launched in 2017, The Offside Rule Exclusives is our Webby-nominated monthly podcast hosted by Lynsey Hooper, Kait Borsay, and Hayley McQueen. It features in-depth interviews with some of the biggest names in football like Phil Neville, Jermain Defoe, and Casey Stoney.