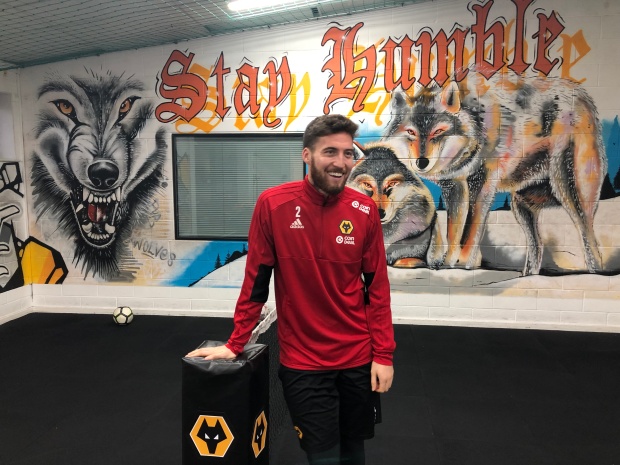 Newly-promoted Wolverhampton Wanderers have surprised the Premier League with their impressive form but they’re not planning on stopping any time soon as they’ve got European aspirations, writes Charlotte Duncker.

Wolves have a long-term vision to break into Europe and become Premier League champions, claims right back Matt Doherty.

The Premier League new boys have already pulled off several shock results getting points against champions Manchester City, Manchester United and Arsenal and it’s only 13 games in to the current campaign.

Doherty, who has been a regular fixture in defence for Nuno Espirito Santo’s side, believes they have what it takes to finish in the top 10 this season.

“I think we will do really well for the rest of the season. I think a top 10 finish is possible, if we can carry on. But, we’re not thinking we need to finish in any particular position, we’re just going game by game,” Doherty told The Offside Rule Exclusives.

Next on Wolves’ to do list is to secure Europa League qualification before fighting to win the Premier League.

“To get into Europe first, so to finish top seven, and then I think they would want to win the league in the next five or six years,” Doherty said when pushed on what the club’s vision for the future is.

The 26-year-old didn’t dispute the club’s tag of being one of the best promoted sides ever seen in the Premier League. He remarked: “That might be true at times with some of the football we have played. We have gone away from home and won. We create a lot of chances and don’t give away that many chances.

“So, if we can put the ball in the net a bit more, me included, because I’ve missed chances too, we would be on for a really good season.”

Doherty believes a lot of Wolves’ impressive displays have been down to Nuno and his team’s tactics and vision.

“There have been times when he probably could have gone mad at us but not at all he sticks with the same tactics.

“The sessions they put on are great and then come game time we are ready to go. It comes down to the attention to detail, he and the staff are the best I have worked with.

“Nuno uses different techniques and a different philosophy, he’s a world-class manager and we’re lucky to have him.”

Launched in 2017, The Offside Rule Exclusives is our Webby-nominated monthly podcast hosted by Lynsey Hooper, Kait Borsay, and Hayley McQueen. It features in-depth interviews with some of the biggest names in football like Phil Neville, Jermain Defoe, and Casey Stoney.