Former Lioness Laura Bassett knows better than anyone the highs and lows that come with performing at a World Cup.

The defender was part of the England team at the 2011 and the 2015 World Cup where England finished in third place.

With France 2019 around the corner, Bassett won’t be part of the team this time round after giving birth to her daughter Saede in December, and announcing her retirement from the game on Monday.

She’s also currently setting up a new life in Orlando with her long-term partner Marc Skinner, the manager of Orlando Pride.

But, despite her absence, Bassett will be supporting the Lionesses and her former team-mates as much as anyone else.

Alasdair Hooper spoke with Bassett ahead of the 2019 World Cup tournament to reflect on England 2015 campaign and preview this summer’s event.

“I still haven’t watched that England and Japan game back”

The defender is someone who knows how to deal with the tough moments after England were knocked out in the 2015 semi-finals.

In added time she deflected a last-minute Japan shot into her own goal, meaning the Lionesses lost 2-1.

The support system at Bassett’s disposal then was key, and it could be just as important for this current crop of players.

“I know who my go-to people were – my family, a couple of friends, my boyfriend – who have seen me, know my personality and know what I need at certain points,” she said.

“You know who your support system is, and they stay true and loyal to who you are.

“Especially after what happened in the semi-final happened to me, I think that was the best thing – just to stay off social media although the outpouring I received was so incredible.

“You just have to be mature about how you use networks like that and know the good and bad sides to it.”

Such are the memories of that 2015 tournament for the former Notts County defender, every time there is a major competition – be it men’s or women’s – she can’t help but think back to those crucial moments.

While there is undoubted satisfaction surrounding what was achieved in Canada the memories often come flooding back.

“Of course they do,” she explained.

“I was thinking about it the other day and I still haven’t watched that England and Japan game back.

“I’ve spoken to a few different managers and players about in-game situations.

“I think Pep Guardiola hasn’t watched a final back and I know my boyfriend Marc, when he was manager of Birmingham and they lost to Manchester City at Wembley in the FA Cup final, he hasn’t watched that game back either.

“I haven’t watched that game back so it’s really interesting the approach you have to different things.

“But certainly all the memories do come back from the tournaments, maybe on and off the field, but it is a real joy knowing we came away from that World Cup and we’ve got a medal to show for it.

“For all those memories you can look at that medal and it brings back pride and something to show for it when you visit schools especially.”

Should you compare the England World Cup squads from 2015 and the current group for the 2019 tournament, there hasn’t been a drastic change in personnel.

But one of the biggest differences Bassett has noticed is the wealth of options and depth of talent available compared to four years ago.

This current England team is, after all, without the likes of Jordan Nobbs and Izzy Christiansen due to injury.

“I think that’s a by-product of how competitive the WSL is,” said Bassett. 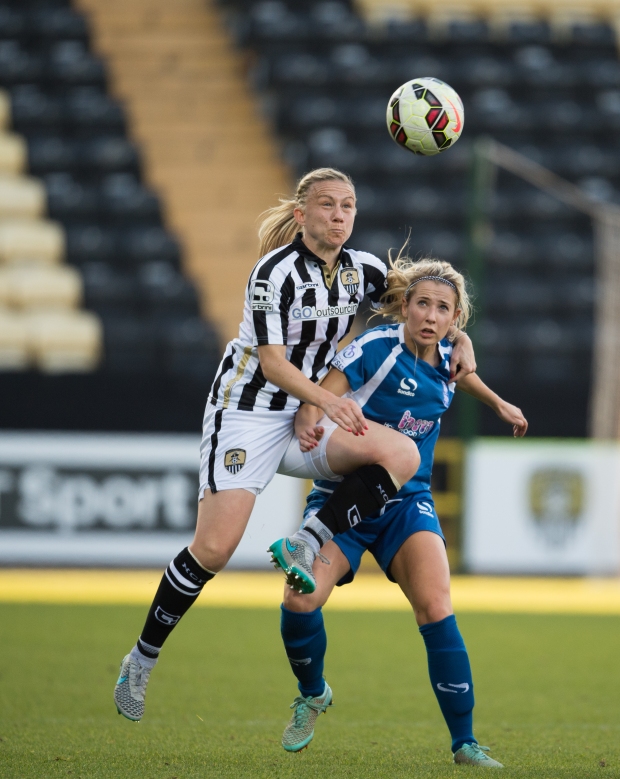 “Although we do have a heavy foreign influx, especially with the top teams, I think some of the younger players – for example Georgia Stanway – the amount of experience, big games and finals she’s been exposed to will only help you on the international stage.

“That’s why we’re seeing the likes of her doing so well with the seniors.

“It helps with the depth we have in our squad now so, although you miss those big players when they don’t play, the difference between the top players with that experience and the younger players isn’t that big.

“The young players now have a confidence – and an aura – that they’re fearless and we haven’t had that for the past few years.

“We have to want to win it”

This time around expectations for England are high.

Following on from semi-final appearances in 2015 and at the 2017 European Championships, the next logical step is to make it to the final and do even better.

For Bassett that has to be the aim in France.

“In the last two tournaments we have reached the semi-final stage so to get into that final – and we all know anything can happen in a final – but to get there, that has to be success.

“I know that speaking to the players still, and Phil Neville is quite explicit when he says he is going there to win it.

“That is brilliant to hear but for the last two tournaments we’ve reached that semi-final stage so now to really push on and get ourselves into the final that’s got to be the success.

“Getting to the final and win it.”

Being kept in the tournament bubble

With the coverage the 2019 tournament is receiving, you get the sense that this could be a real game-changer in the way women’s football is perceived.

But a large part of why we are where we are now in this country is because of the efforts in Canada four years ago, and that third-placed finish.

At the time, the group weren’t really aware of just how much they were captivating audiences back home.

“I don’t think we realised what was going on back home because, being in Canada with the time difference, back in England the games were late at night,” Bassett explained.

“We really didn’t expect and didn’t know that people were staying up, jumping on our journey and enjoying the ride with us.

“I think when you’re over there, when you’re away with the national team for the tournament, you are in this bubble.

“You’re kept in the bubble, which is good because you need to.

“I think you need certain players and it depends on what person you are.

“Some like to read the newspapers and the internet while some players don’t.

“So, to a certain extent for the team, you are encouraged to stay in the bubble because it helps you stay focused.

“Take it game by game and don’t look too far ahead to that final destination.

“We were aware, and we spoke to family and people back home who have always supported us, but I think we were oblivious to how big it had got and how excited everyone was by what we were achieving.”

“You can’t beat the feeling”

Despite the pressure and the expectation that awaits for the Lionesses in France, it will never take away from the joy of representing your country on the biggest of stages.

That is something Bassett remembers most.

“To walk out and sing your national anthem knowing that your family and friends are in the crowd – and just seeing bums on seats and the stadiums full – you get a buzz,” she said.

BRISTOL, ENGLAND – NOVEMBER 29: Laura Bassett of England sings the national anthem ahead of the UEFA Women’s Euro 2017 Qualifier between England Women and Bosnia Women at Ashton Gate on November 29, 2015 in Bristol, England. (Photo by Ben Hoskins – The FA/The FA via Getty Images)

“I will never forget the quarter-finals in 2015 against Canada.

“We have a great league in England and, from where we’ve come, we’re now getting 800-1,000 people supporting.

“You just can’t beat that feeling.”

Laura Bassett is an ambassador for The Mintridge Foundation, who enhance sports participation, life skills & wellbeing for young people via mentoring with positive role models. Find out more via the charity’s website.