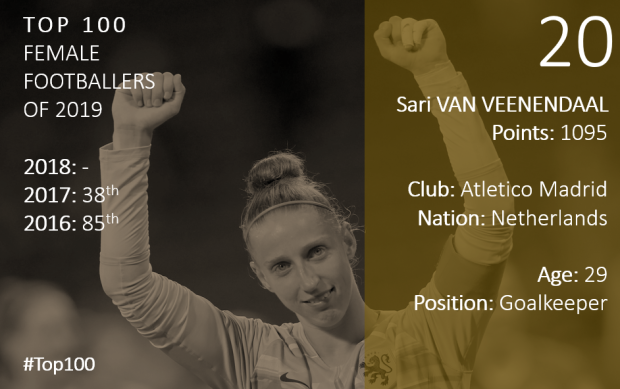 Like her fellow goalkeeper Endler, it was the World Cup which made Van Veenendaal stand out and gain the reputation which has seen her also nominated for several awards this year. Oddly, the Netherlands number one often found herself on the bench for Arsenal during their title-winning campaign and switched England for the Spain in the form of Atletico Madrid in the summer. All Van Veenendaal’s key highlights came in the summer as she did everything right to take her team to the World Cup final. She withstood pressure from Japan, kept a clean sheet against Italy and it’s likely the Dutch would never have made the final had it not been for her save from Nilla Fischer’s effort. She thwarted the USA several times in the final itself before Megan Rapinoe beat her from the spot but she reminded everybody just how much ability she has.