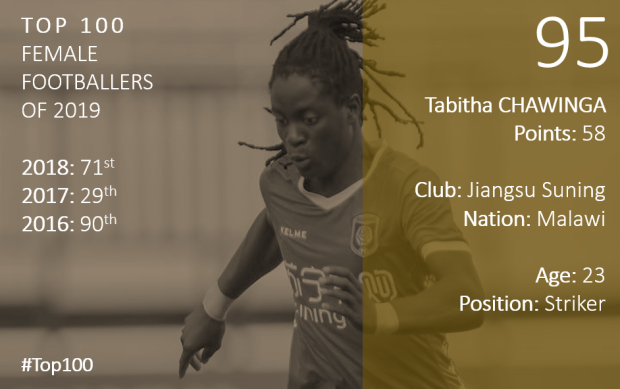 Malawi international Tabitha Chawinga just knows where the net is. She retained her hold on the golden boot in the China Women’s Super League, once more proving herself to be the deadliest striker in the country. Recently she helped her side to the Super Cup in a win over Dalian Quanjian and her form throughout 2019 has led to her being nominated for Africa’s Women’s Player of the Year for the first time. At 23, the electric striker still has plenty of years left in her and recently scored the first goal of the new AFC Women’s Club Championship, taking her tally for 2019 to over 30 goals, and you feel there’s still plenty to come.